Two days. This is the cut required in the case of a hard blow. 48 Hours to shout, cry, rehash, process. The combo necessary to externalize the frustration that lies dormant in me. A brief, solitary, negative period that I have always needed to be able to accept failures and bounce back. A wild rollercoaster that punctuated my return to Montpellier after Marcoussis.

The flight back was painful, and after arriving home I feel only sorrow. Although I was a reserve player, I was demolished. Maybe because since the beginning of the training, the coach insists that the group is not finalized and that I did my best to show that I could be even better, faster, stronger, and fitter.

If there is one thing that I have accepted since the beginning of my rugby career, it is that highs and lows go hand in hand with our sport. Very often. And if you have not experienced this yet, you can be pretty sure it’s going to happen.

The tears dried, shouting, I found my wife, pregnant with our little girl and my son, Paul with a smile from ear to ear. It helps to move on. To digest the fact that I just missed out on a Pretoria boy’s dream: playing in a World Cup. And if you’re wondering what France is doing in there, it’s because I have to tell you a little story. 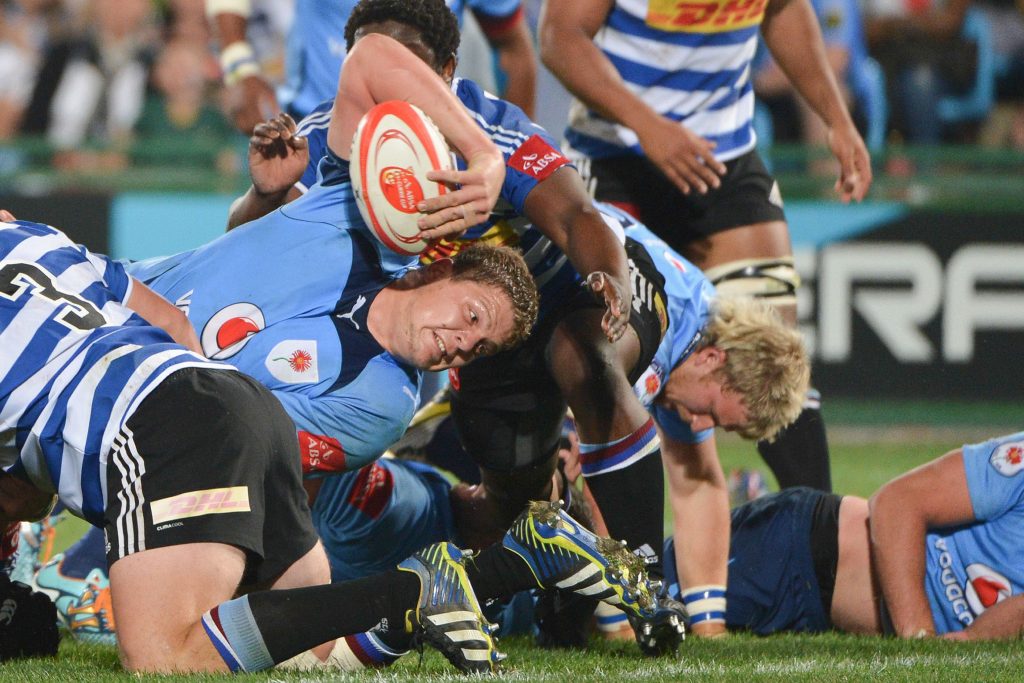 What do we know when we are 21? At the time, I was wearing a Blue Bulls jersey, for the Currie Cup, in Pretoria. Full of ambitions but without much curiosity, I imagined myself playing in the championship, I dream of an international career, things that you think when you’re a child. About France, I knew almost nothing. On the other hand, I have had the first taste of failure, when I learn that I was not retained in the enlarged group that will play in the 2015 World Cup. A difficult situation for a young rugby player with challenges and who has just learned that no matter what he produces in the coming year, he will not be able to go to England.

So I start to think, to consider alternatives. I’m here, a little lost, looking for a goal, asking myself a thousand questions. Knowing the situation, my agent explains that some clubs in France are interested, including Grenoble. I reason that the opportunity to discover something new and gain experience for a year will be good and an opportunity to develop professionally and personally. At that moment, the only thing that worries me is that I just got engaged. The idea was to leave for a year, a year and a half, then to return. Everyone supported me, my future wife, my family. So I packed my bags.

Going to the unknown is not something that scares me. Since I was a young boy, I was used to moving. With rugby, of course, but also because my parents lived in Namibia. I know what it feels like to be far from home. But this far away is no small thing. When I arrive in Grenoble, it’s the beginning of winter. I have 22 brooms and this is the first time I see snow. I spend the first three months in a bed & breakfast, then I make a round trip to South Africa to get married. The arrival in France with my wife was an extremely difficult time. She had just finished her studies as an accountant, she did not speak a word of French, she was alone at home, in our little apartment, while I was training. Not exactly the dream life for two newlyweds. 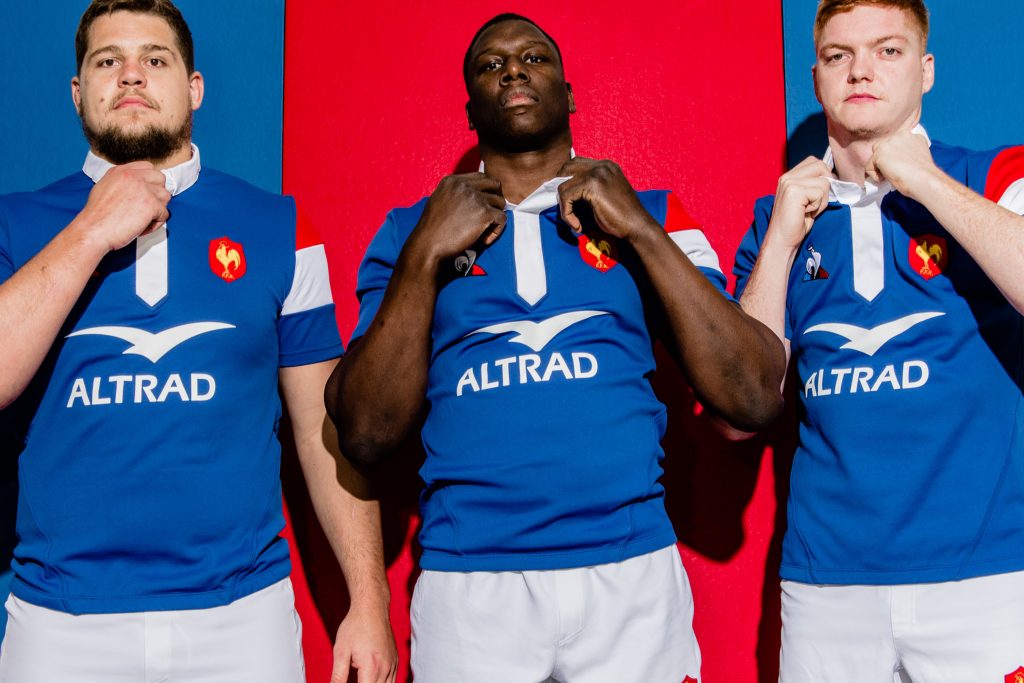 Together, we discover a new country, its culture, its inhabitants. We do not always realize, but at that moment, there are a lot of things we do not understand. It makes me laugh when I think about it today, but even for something as basic as going shopping, we were a little terrified. I was afraid that someone would ask me something that I did not understand. Same for my wife. All this put me under some pressure. Mentally, I did not feel strong and I was in a situation where I was used to be familiar. So when Jake White signed in Montpellier, taking with him some guys I knew, it messed me up. The decision to leave Grenoble is something that is not in my nature. By that, I mean that I am a reliable man, a man of my word and that people know that when I commit myself, they can count on me. But at that moment, I was convinced that I needed to change the atmosphere for my family. And I did not regret it.

The arrival in Montpellier was an immediate click. In terms of the living environment, atmosphere, we felt more at home. No doubt because we understood French and spoke it better and better. Also because from a rugby point of view, it was a lot of fun. It was during this time that my wife and I seriously wondered what to do next in our life and our family. A sports-life is built around contracts, and a man would want to give his family a notion of stability. Our first child, Paul, was born in 2017 and we had to think about the life we ​​want to give him. We did not contemplate very long. We were incredibly happy in Montpellier and I wanted our son to be born here and to be French. I want him to grow up in an environment, that according to me, is better to raise a child in, than in my country of origin, South Africa. It is here, in France, that I became an adult. But as the day I left Pretoria for Grenoble, my decision to stay in France and to live and raise my son here was to be followed by a sporting challenge.

At the very moment when I decided that the country that saw me become an adult would be the one where my wife and I built our family, I thought I had to do everything to wear the jersey of the French team. I was ready to make all the sacrifices. At that time, I played well and despite the complexity of being a foreign player, I was ready to fight. It’s like that, in rugby, negative people are the ones who talk the loudest. I was too fat, too big, too much. But I’m still here today.

What was hard in this quest for blue is the fact that one day, the lights were green, then the next day, it was “we will no longer take foreign players in the French team.” It was disturbing. I accepted the fact that I could not be called because I was not good enough, but I really wanted to have a chance. At the beginning of last season, the coach spoke to Vern Cotter and he told him that if I was good, I would be considered an option. In the process, I worked as I have never worked before. I lost 15 pounds, and not only because I sweated to get French nationality!

I had to bring documents from South Africa, do interviews, complete mounds of questionnaires, re-fill papers. I have did not received assistance from the rugby world but the idea of ​​being treated as a foreign national like the others is completely normal to me. It only made the moment when I had my passport so much better. You have to understand that having this nationality is much more than rugby. It is the culmination of a choice of life and second birth, as an adult. When I arrived in Grenoble, barely 22, I did not know anything, I was not married, I did not have children, I did not know what the future looked like. The passport represents my meeting with France and a succession of decisions that lead me to tell me that I am in the right place. Life is like that, you sail by sight and sometimes it goes well. You meet people, you discover things and you tell yourself, after a lifetime of adventures, that you are good, that you like this culture and that you are happy that your daughter, who will be born in a few weeks, will be French. In France, I discovered what it was like to enjoy life, your friends and to lead a life that I would describe as perhaps more carefree but also more pleasant. But since you get to know me through these lines, you have understood that this ‘physical’ passport, was more symbolic.

The day of the announcement of my selection for the tournament of six nations, no one in the France group warned me that I would be selected. I was at home, having the certainty that I had worked hard but not sure of being good enough. In South Africa, my family was in front of the French channel ‘Canal +’ and when the news was announced, my mother cried at the other end of the world. Phew, it was crazy! As a young boy, my dream was to play rugby at an international level, so to find myself at a level even higher than the Top 14, with these guys, some of whom became friends, to wear the tracksuit of the country saw me become a father, was beyond crazy. But the truth is that I was happy as well as nervous. The game was against Wales. At that moment, your thoughts overwhelm you. You think about everything you have to do, you have the obsession to play well and above all, you think about everything you’ve endured to get there, all the challenges. You’re here, you play for the XV of France, a few years after taking the gamble to leave your country without really knowing what you were going to find, except for the first snow in your life. 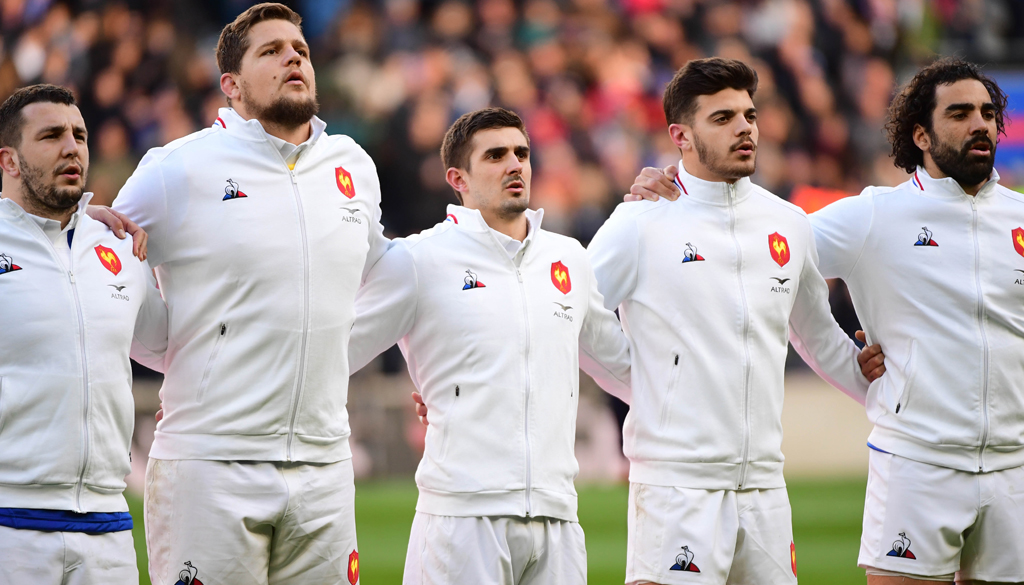 The 48 hours of decompression will at least have served me that. To remember the road I traveled and to make get back to work and be even better than 100%, shoulder to shoulder with my friends and colleagues at the end of September. They will have helped me and also given me the taste of a good grill. Yeah, it’s still cool to live in the Montpelier region.

In short, I cash in on this uppercut and I continue upwards and onwards. It is in these moments that you know who you really are and that it is by fighting that we turn difficult times into good times. “I’m looking forward to the future”. 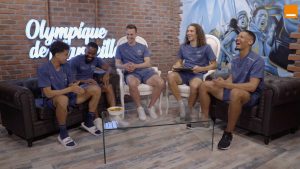 After this episode of How French Are You ? Arek Milik will surely be able to apply for Marseille's nationality. Gastronomy or music, his OM teammates Mattéo Guendouzi, William Saliba, Cédric Bakambu and Oussama Targhalline have tried everything to catch him, even putting him to the ultimate test. OM Nation. 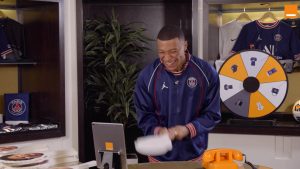 Mask mandatory for this new episode of the Orange France Voice Box! The Paris Saint-Germain fans will try to break through the defense of the players of the capital. Between imitations and mysterious answers, the French Champions will do everything to try to keep their identity secret. MASK ON!

Irresistible on the field with Bayer Leverkusen and the French team, the little prince of the 19th is also irresistible when it comes to flow. In this new episode of Dressing Room, Moussa Diaby proves that when it comes to imposing his style, he is always there.