Enzo Lefort – « Behind the mask, a balancing act »

Far be it from me to tell you that I’m a wall, but I almost never cry.

I am what I would call a “sports-emotional”. Recently, I shed a few tears when Klay Thompson and Kevin Durant injured one another in the NBA Finals. I had the same feeling when Usain Bolt hung up his cleats on the back of a muscle strain at the World Athletics Championships in 2017. For everything else, nothing. It annoys my girlfriend a bit and people can never understand why I don’t cry at this film or that film, but it’s just like that.

Therefore, you can imagine that if I cracked about a week ago in Budapest, something was up. I was there, alone, coming back from Camp France. We had just finished runners-up in the World Cup, but we were furious. Firstly, because it was the last one for Erwann Le Péchoux and we would have liked for him to depart from the highest step on the podium. Secondly, because you never know when you’re going to have the chance to play in the World Cup final again. The worst, however, is the bittersweet feeling. We just lost together as a team, but only a few days before, I was the bloody World Champion in my individual discipline. 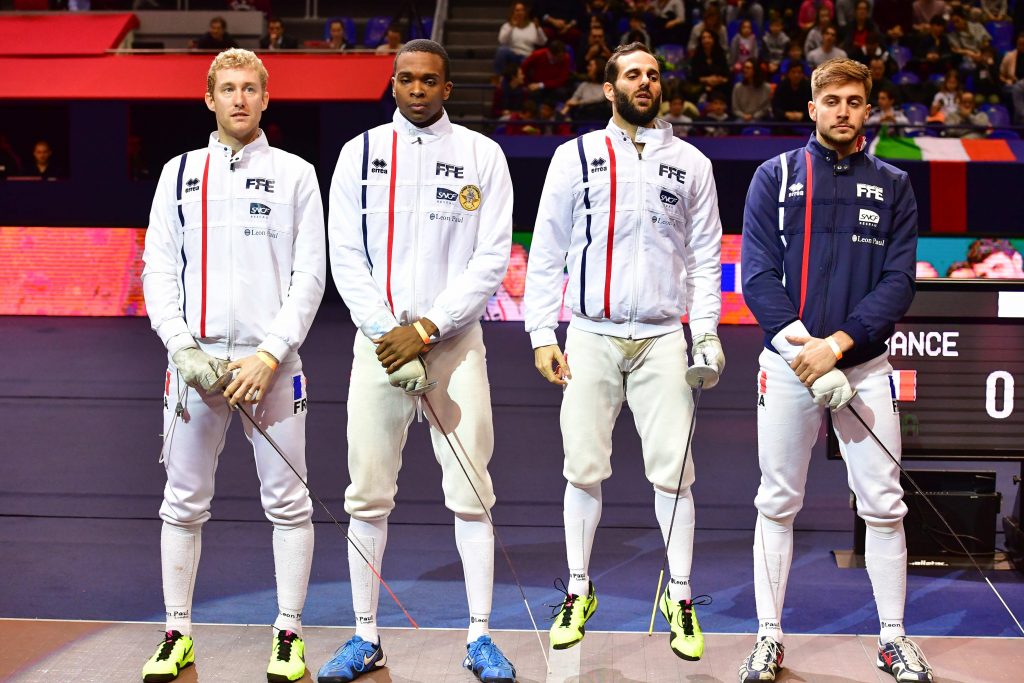 I finally allowed myself to accept it. To realise what I had done. I was somewhere between real sadness and intense joy. Neither one nor other. It is that schizophrenia of sport where you perform with your friends, and you battle wind and tide on your own.

These rare tears show that I release the pressure. That I have internalised what has just happened. I’m 27, nearly 28, I will soon become a father and I have just conquered the world with my foil. To top it all off, I had finally found what I had been looking for years – balance. I am not a tightrope walker, but I found myself. For how long? Even I don’t know. However, now that I have tasted this euphoria, heard the Marseillaise, that I have found a formula that works, I don’t want to change a thing. Future father or not, Olympic year or not.

I have never hidden the fact that I am a hedonist. It might be a family affair. My father is a bon-vivant and phlegmatic. It’s like this – I love to eat. The taste-explosion in the mouth, the different flavours… Asian food, pizzas, I eat it all and it’s the best. In order to not miss anything, I’m curious – I like to go out and I like to party. The night fascinates me for many reasons, and in the public mentality, sport and nightlife should never be mixed.

On many occasions, it has come back to bite me. In 2013 I was dropped from the world champions. They told me that in terms of lifestyle, it wasn’t OK. I had to be an example and, logically speaking, I should be the first name on the team-sheet. 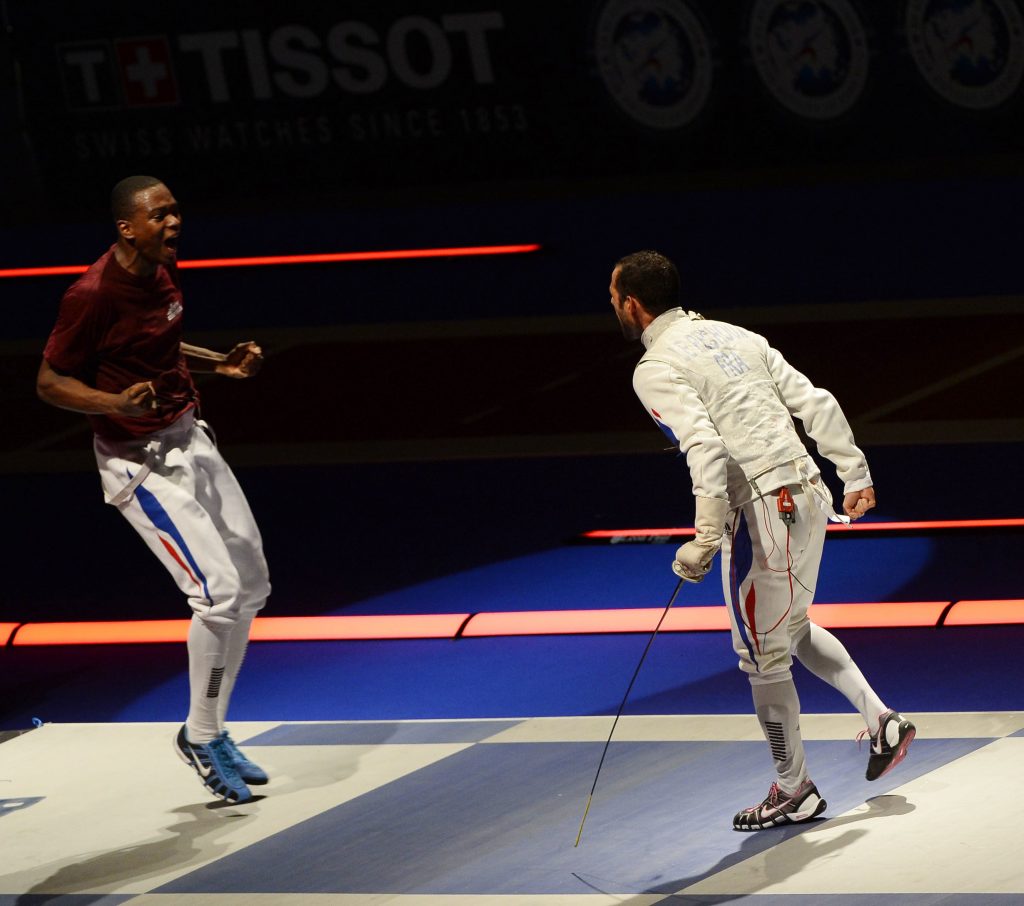 I told myself: maybe they’re right. It is true that I rely heavily on my strengths, most notably my reach as a result of my height. Therefore, I trained my weaknesses; I tried to get close during training sessions. I got murdered time after time and it drove me insane. It also improved me.

I had a second slap on the wrist in 2016. At that point, my coach had noticed that I wasn’t at the top of my game. He took me to dinner and told me that Olympic qualification wasn’t nothing and that I had to do everything I could to make sure all was in order to do something special. For the first time in my life I adopted what many would call an untouchable lifestyle. I was conscious of my sleeping hours, I hardly went out and I continued to do what I had always done at training – give it everything. The result? It was the worst start to a season I had ever had in my life. It was verging on humiliating. If I remember rightly, I went out in the first round of a tournament for which I was on the poster! It wasn’t even a close defeat, you know? It was like, 15-3.

The Olympics in 2016 was not far off and the National Technical Director at the time told me to get a grip of myself, that they needed me. Live your life, do your thing, but we need you. It hit the jackpot in my mind. I started living like Enzo. In April 2016 I met my girlfriend, it was great, we went out all the time, we did all sorts of things and at the same time, I would kill myself in training. It was then that I learned that this was the most important thing was to feel good in your own shoes, feel good about your life, so that the balance is level. So that I can be myself. But who am I, in fact?

– I’m a hyperactive kid from Gourbeyre. A kid that did judo, tennis, cycling, piano, football. In short, I did everything but sleep.

– I was made at a club called Basse-Terre, underneath the cinema in town, proud to have developed under the watchful eyes of Rémi Moderne, half combat instructor, half druid! A man who was able to recount his fishing trips with François Mitterrand.

– I was the young fencer who got his ass kicked by Jean-Paul Jelissey to whom I was the eternal junior runner-up in Guadeloupe, or nearly.

– I was the kid who did the gardening early on Sunday morning so that I could watch the Formula 1 afterwards.

– I’m kid who owes everything to his parents, who spent a fortune sending me to France for competitions.

– I was the distinctly average student of Lycée Gerville-Réache, who was trying to study in his room when his father told him that Franck Boidin wanted to include him in the Pole Espoir.

– I’m the teenager that insisted to his parents that I was itching to go to France to take my chance.

– I’m the owen of the bedroom with a Lord of the Rings poster on the ceiling and the front page of L’Equipe following Brazil’s victory in the 1994 World Cup.

– I was the kid in baggy jeans, polo shirt that was too big, wearing only yank brands and arrived dressed like that to the French Centre of Excellence when everyone else was in slim jeans and Schmoove shoes!

– I’m the kid that had a photo of Brice Huyart in his room and ended up sparring with him at the National Institute of Sport, Expertise and Performance (l’INSEP).

– I’m a workaholic, a passionate fencer and a bon-vivant. And all of that goes together well.

Actually, it goes together better than that. I spend half of my life hidden behind a mask yet I think that there is nothing more important than being yourself. I view fencing in a fairly selfish light. My teammates know it, I give 120% in training, but when I leave the session, I barely talk about fencing. Fencing is my own thing. When I’m not fencing, I like to go to galleries, go out, be with my girlfriend, and see my mates. It does me good. It sets me free. It allows me to be even better when I perform. Balance; it’s something I have discovered since I started considering myself a professional athlete. My dissertation finished, my kinesiology degree on my wall, I can final give 100% of my time to my passion. I am full-speed ahead. I am free. I’m good. Just a few months out form the Olympics, everything is perfect. 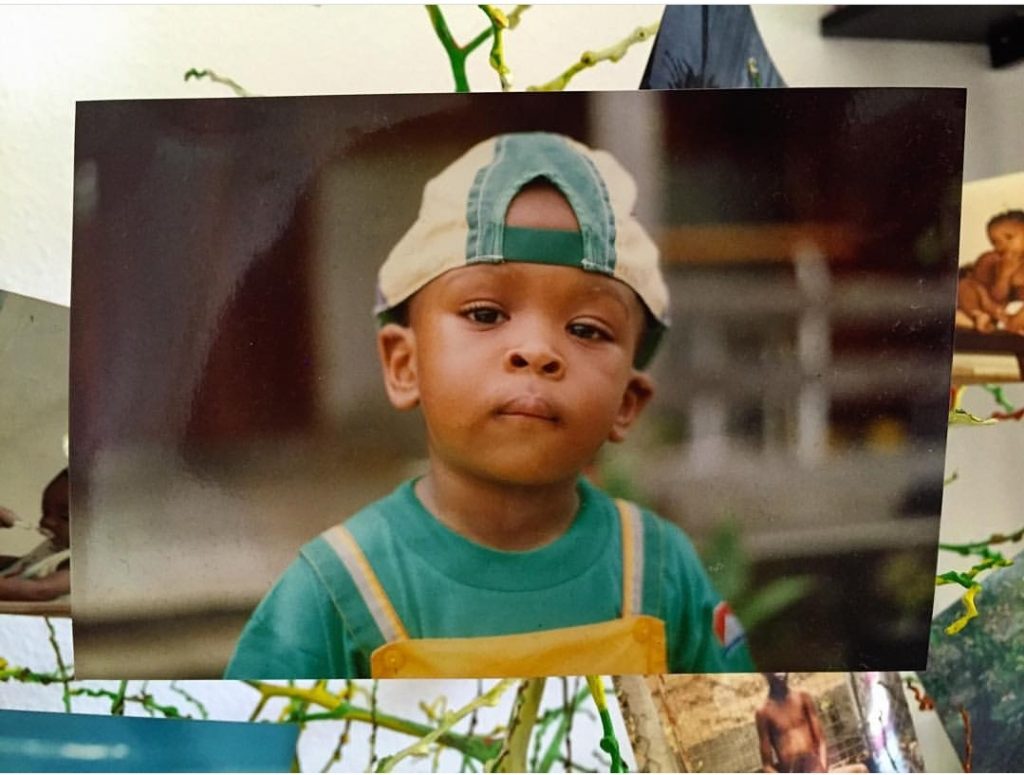 And if you want to know what the Olympics mean to me, just imagine that I remember having seen Laura Flessel winning the Olympics in Atlanta. I was five years old. Imagine Enzo, the kid from Gourbeyre, putting his mattress on the floor in 2000 and 2004 so that he could camp in front of the TV. Feasting on canoeing, archery and athletics with real passion.

Then, imagine in 2012, I go to the bathroom and in the urinal next to me is Novak Djokovic having a piss. Imagine, being the fan of Manchester United that I am, when I bumped in Ryan Giggs. Finally, imagine my pride, 16 years after Atlanta, to have Laura Flessel as the flag-bearer and to be there at the closing ceremony when she broke down in tears when the Olympic flame went out, as if symbolising time being called on her illustrious career. That evening, she cried in my arms, leaving makeup on my tracksuit.it was like a pilgrimage. I have never washed that tracksuit top. 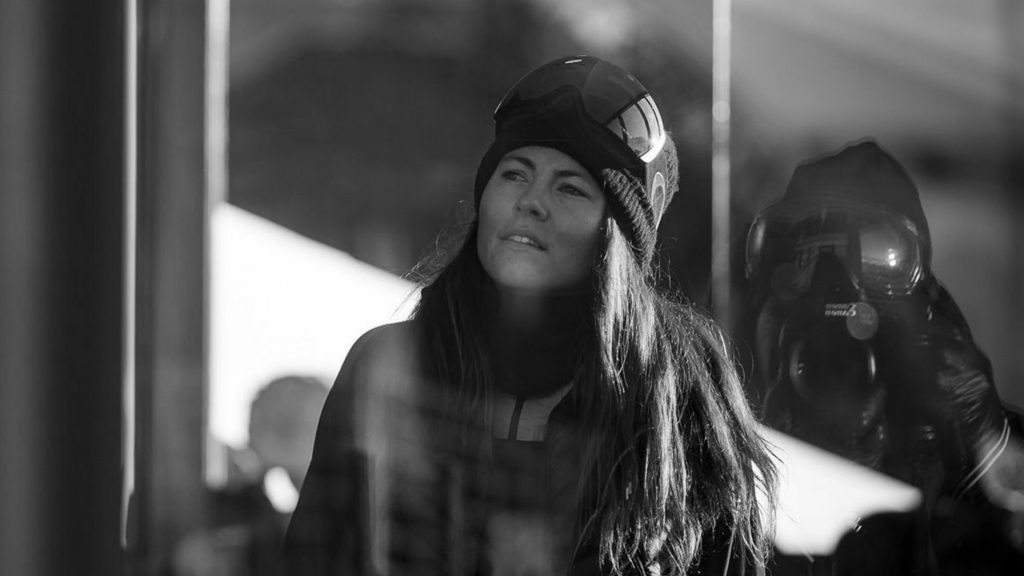 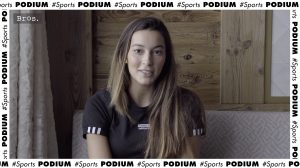 Sara Balzer, the saber champion, drops the mask and reveals to us her sports podium, she prefers but also the one she .. hates 😈 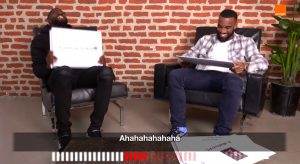 How English Are You : Alexandre Lacazette / Samuel Umtiti

English guards know him but what does he know about their culture? The Gunner Alexandre Lacazette tries at How English Are You? with a little less trust than in front of the goal. To the delight of Samuel Umtiti.

Antoine Dupont, the half scrum of Stade Toulousain and XV France reveals to us, the podium of his favorite treats, and the worst of all. A clue : as a child he grew up in the countryside…