As a kid, I hadn’t really dreamt of being a professional player. I had always played soccer but playing as goal keeper came about late. We were even surprised with my mother when Montpellier came to see me to sign with them as I was only 14 years old. 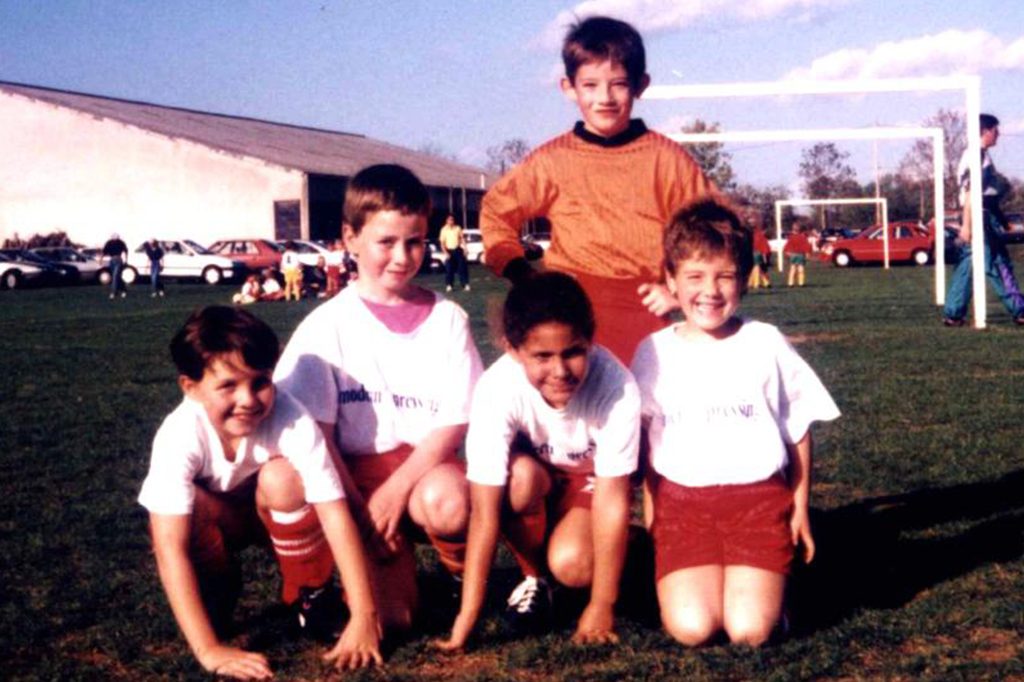 Today I’m 31 years old and I have signed a new contract with Manchester City. Life sometimes takes us far away from home, and it’s the best path to happiness.

It must be said, that taste for travelling is in our genes. My grandfather Mohamed left Nador and Morocco for Algeria where he met my grandmother Zohra. It’s in Algiers that my mother Yamina was born in the early 60s. She is the third of eight children.

At her birth, Algeria is struck by the war of independence and my grandfather decides to take his family to France to try his luck. I’ll skip the details of the first stop the family made in Marseille but my grandfather ends up finding work in the coal mines, at the Bousquet d’Orb net Béziers. It is there that a new chapter will be written for us.

I was lucky to grow up in a happy and united family where you couldn’t escape the passionate discussions between my many aunts and uncles (Nora, Gamel, Louisa…they’ll recognize themselves), where everybody supported one another. As I’ve told you, my grandparents had eight children, you can imagine that makes a lot of cousins, a paradise to have fun when you’re a kid.

The Bousquet d’Orb is a typical location of the south of France: we have the mountains, the river, nature, friends. The Mediterranean is not far. We split our time between the garden of my grandparents and the river. When there are that many cousins of the same age, it keeps us close together (and we won’t lie, we did the 400 blows together). We were together all the time, doing silly things. Nothing outrageous, I wasn’t really a hot head. At worst we cheated a bit by filling our sweets bags too much at the baker’s, we were far from organized crime.

Soccer was already present in my life but I would be lying if I said that younger I would have imagined experiencing what I’ve lived through these last few months. I must say that I was never prepared to experience a Manchester City/Manchester United match in front of 20.000 people.

As I told you, I became a gold keeper a bit by luck. I mean, a coincidence of life that became a turning point. Like a lot of coincidences are in life. 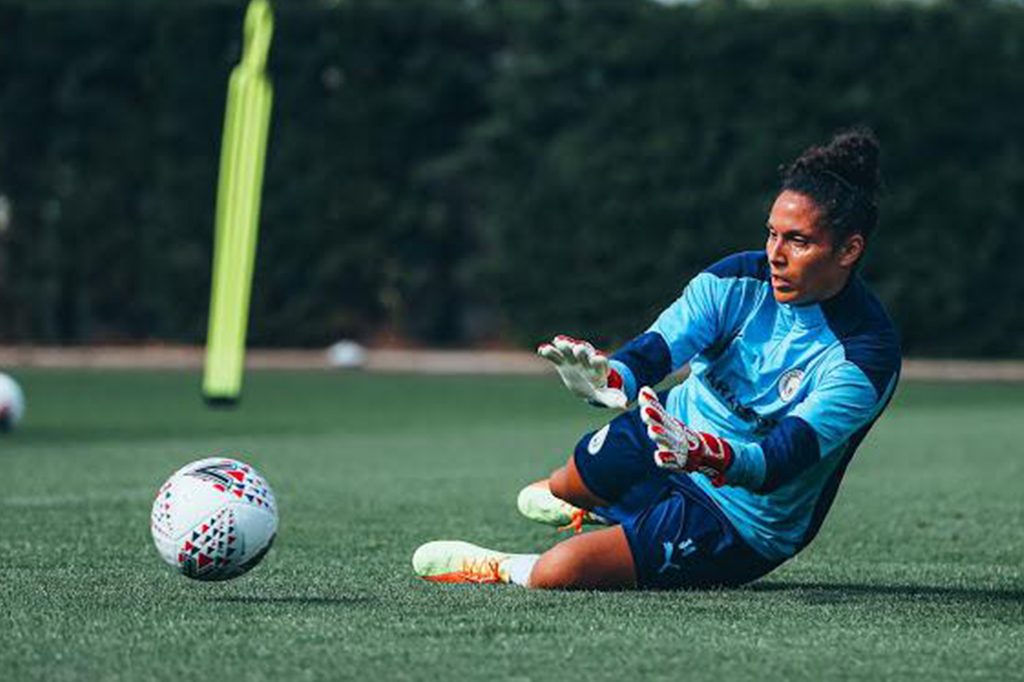 One day with my US Bédarieux team, we played the local final of the federal cup against Montpellier. Let me tell you that to go up against Montpellier we had to play against all the stars of the region. The MHSC is the biggest team of the region and we all know the club’s reputation on the national scale. It is in that context that we end up playing that match without our goal keeper. I’m not going to create suspense for nothing, but who ends up in the goals? Kari obviously.

I’d never really played goal keeper and I was having the game of my life. After that, Montpellier offers me a chance. Then everything went fast. I was in the formation center in Montpellier, my mother and my stepfather Alain went back and forth between the house and the center. I reveal myself as a goal keeper, I even perform well. At 15, I’m accepted at the Pôle France in Clairefontaine and I have the honor of wearing the Blue shirt for the first time.

My stepfather and my mother were very present. They were there at every moment, the good ones, the bad ones and even at moving times 😉 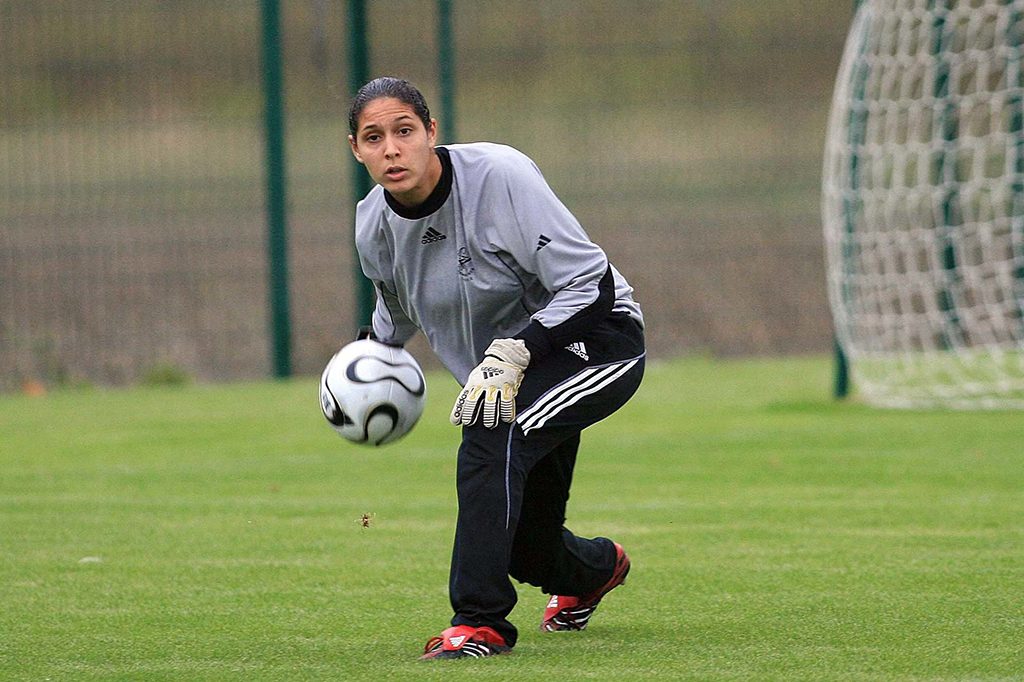 They did it for me because I loved it. There was a form of pride and big ambitions. They were proud that I was doing something I loved and that I was good at it. They transmitted to me the importance of taking pleasure and being humble. Thanks to them, my compass has always been to try and be happy and keep my feet on the ground. Quite simply.

At the Bousquet d’Orb, having a small local team in the French Team gets people talking (in a good way). I was mentioned in conversations during the lottery in the town hall. Fortunately, with the parents I have, there is little chance to become pretentious or being someone I’m not. However they transmitted to me the importance of making the most of the good things that come to you and to appreciate them.

I built my career like that: half way between pleasure and work. So when it became tougher in my career, fortunately I could count on them. I could always follow their example. My stepfather Alain, calm, straight and serious and my mother Yamina, she’s pure enthusiasm, a strength. She did everything for us to succeed, for us to be happy, my smaller sister Pauline and I. My mother is quite a character, she can motivate anybody when she walks in somewhere. I don’t know if it’s linked but she works with elderly people, that thing of taking care of people, to transmit, to love life, it’s in me surely thanks to all that.

And as I was saying, when it got tougher in my career, I managed to find the resources in me to get back up. Even when I couldn’t see a way out.

The year 2019 wasn’t the best in my sporting career. After my last year in Paris, I even asked myself some questions, on what I wanted to do, continue soccer or not. It’s not easy to know what you want to do in life when you have doubts, especially when you’ve been doing the same thing since you’re 14 years old. You don’t feel in your place anymore, when the passion that used to drive you is but a memory. I return to the Bousquet d’Orb at the end of the championship to take some time off for me, with my family, to recharge the batteries.

I arrive at a turning point in my life. I felt ready to try a foreign adventure.

I must be written like that with us, to go discover the world, to rediscover yourself elsewhere. Spain attracted me, England also. I didn’t really have a feel for the teams, but culturally I was curious to see how I could experience soccer elsewhere.

The light came from England with a team that manifested itself: Manchester City. You probably don’t know it, but I love Ederson, the Brazilian goal keeper from City. So when they came to take the temperature, I had hearts in my eyes. Then it all went fast: visit of the club, very good feeling with the coaches, the staff, three/four days later, I signed.

Even after 16 years of professional soccer, I arrived in a new galaxy. Magnificent pitches and installations, I discovered what the highest level was. They welcome you and put you in conditions to show you that here they are level with their ambitions. Two days after my arrival, I was at the Etihad Stadium for the Manchester derby with 20.000 people in the stands. 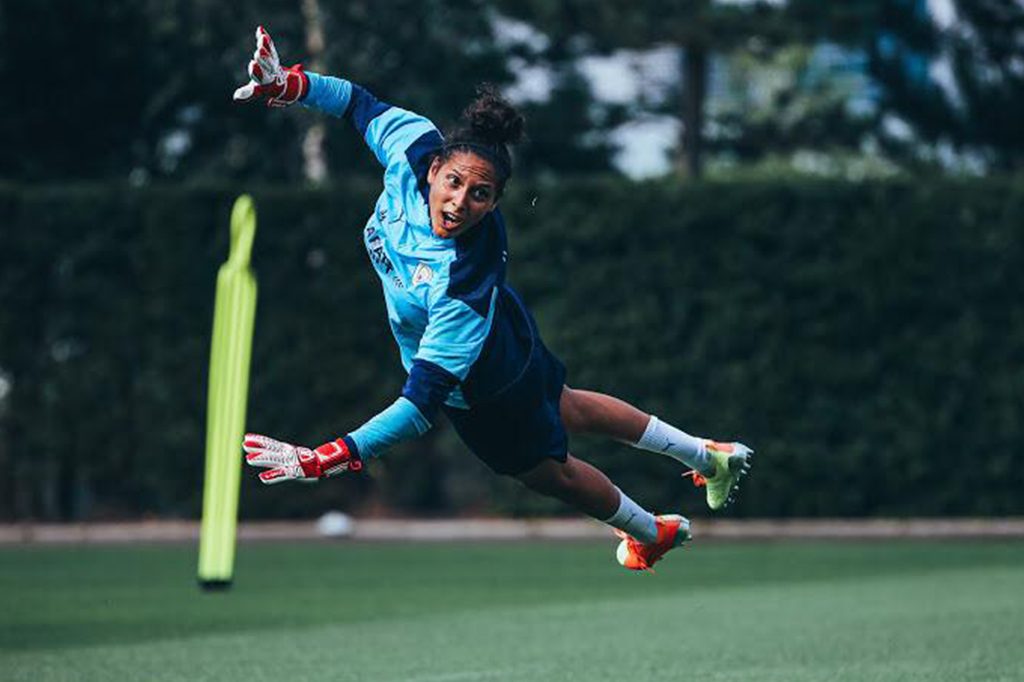 It was wonderful, I discovered that thanks to soccer, thanks to Manchester City, I could experience incredible things. I could dream once again.

Today, Manchester has offered me a second life in soccer. I have the opportunity today to thank that club, to pay tribute to what it has given me as pride: to honor its colors and its shirt. It’s also naturally that I have chosen this moment to honor the name that I will wear on my shirt this season.

From now on, I will wear my mother’s name, my grandparents’ name: Taieb. It is time for me, to pay tribute to all they have given to me, brought to me, that has allowed me to grow as a woman and also has given me the chance to be happy and to live my dream.

Today, I want to honor my club, but also my mother, by choosing to wear her name with pride on my shirt. 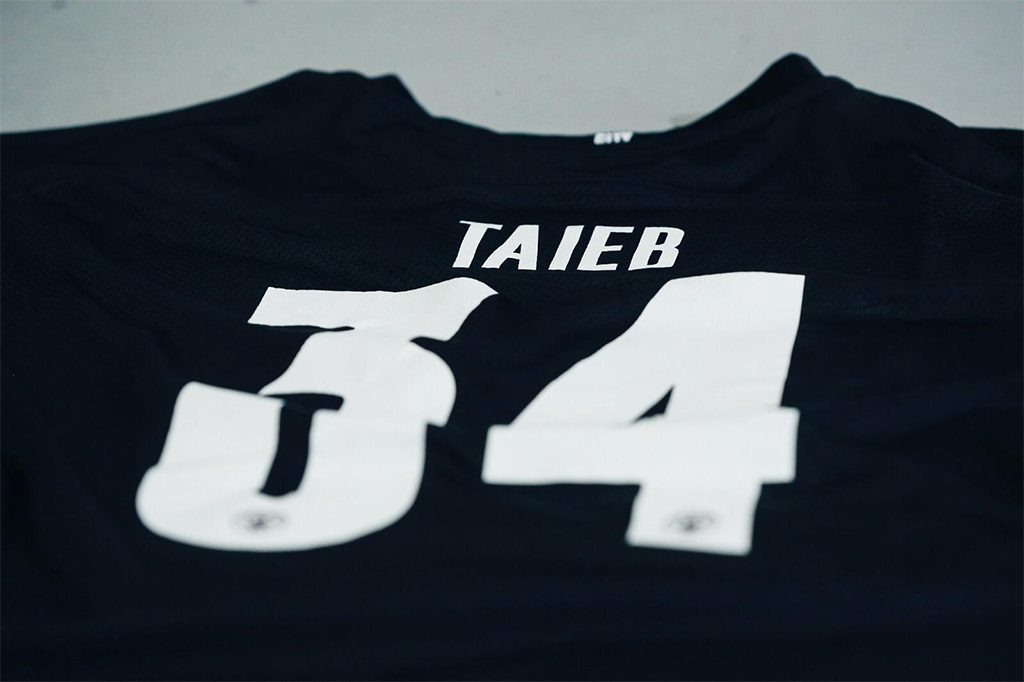 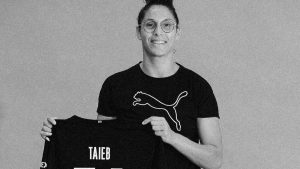 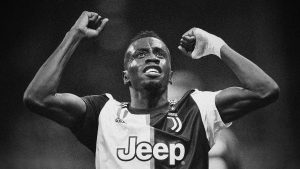